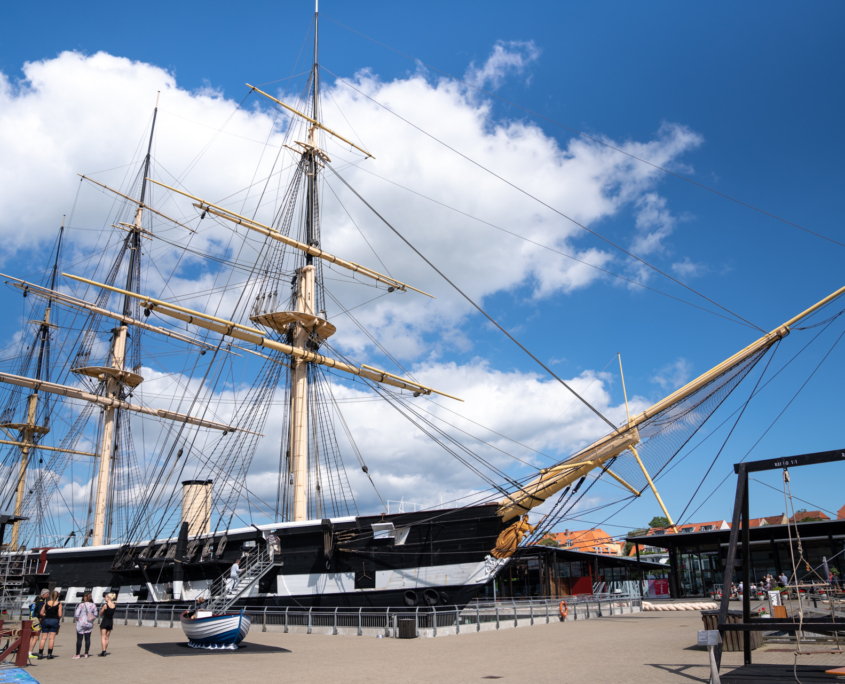 Join our historic introduction in English and immerse yourself in the guides’ stories about the seamen’s hard lives on board, the battle of Heligoland and the secrets of the frigate. The guided tours are included in the entrance fee.

The ticket is valid for 7 days!

Following activities are included in the entrance fee:

There is a free car park near the frigate jylland museum.

Welcome to THE FRIGATE RELATES, an audio guide about the harsh life aboard a 19th century warship told to you in the sailors’ own words.

Drawing on the museum’s collection of diaries, letters and memoirs from some of the men who served on the frigate Jylland, this audio guide brings you along to experience all of the great ship.

Undertake a unique and dramatic journey full of personal stories about life and work aboard the ship – a journey which of course also includes the fateful Battle of Helgoland on the 9th of May 1864.

You’ll find the audio guide in the Useeum App, which is downloadable from both App Store and Google Play Store 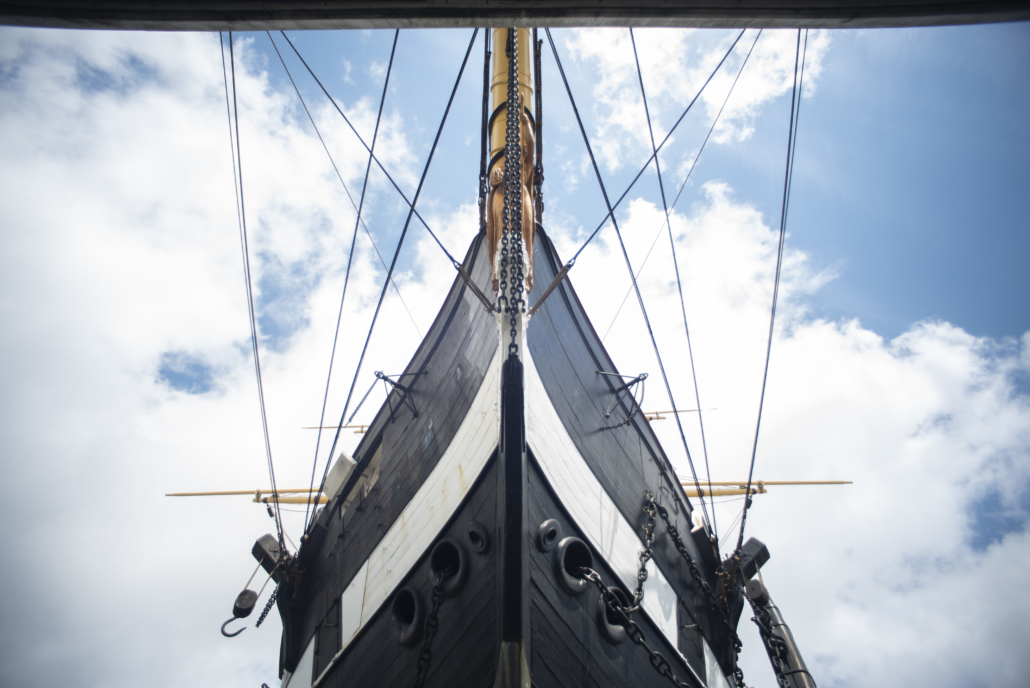 WELCOME TO the FRiGATE JYLLAND

Your dog is welcome

The wooden frigate ‘Jylland’ is one of the longest and most significant historic wooden ships in the world. Built in 1857-1860, it was both the first and last warship in the Danish navy with an originally inbuilt steam driven engine and sails – a cutting edge hybrid of its time, superior in speed with its long and slender hull.

It survived 18 hits during the battle of Heligoland 1864 and worked as a royal ship, sailing King Christian IX to the Faroe Islands, Iceland and Saint Petersburg in 1874 and 1876. Since then, the old warship has functioned as lodging for soldiers and children of the rural districts of Denmark, as exhibition facilities of the National Exhibition of 1909 and others. Many times, it has faced the destruction of slow decay and being sold for scraps.

Thanks to ardent people, skilled craftsmen and generous foundations, the proud ship survived and now resides in its dry dock in Ebeltoft. 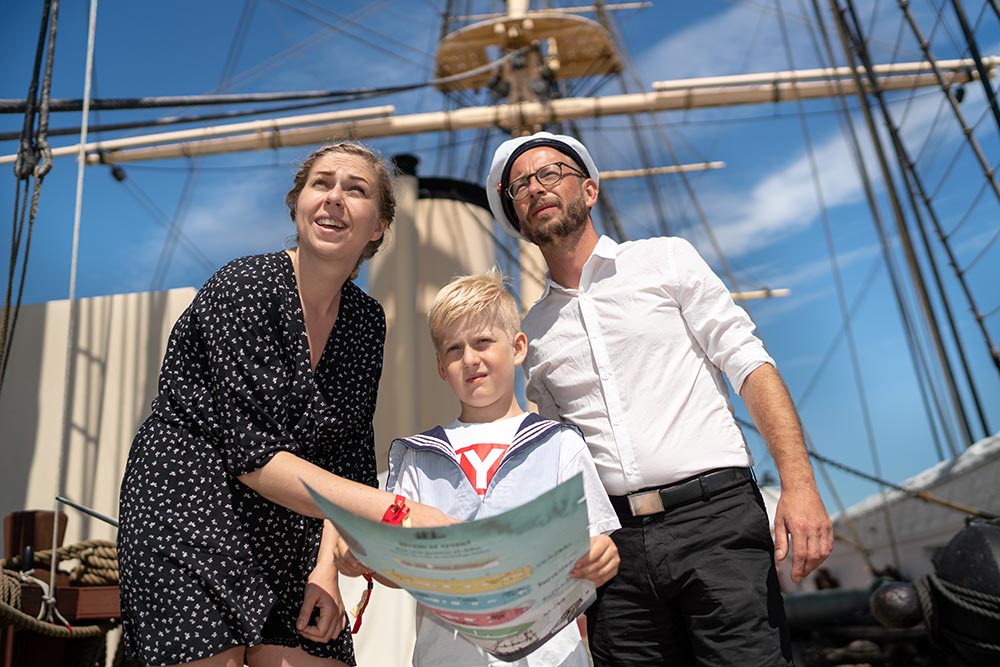 Learn about the frigate jylland on our guided tours

Join our historic tours and immerse yourself in the guides’ stories about the seamen’s hard lives on board, the battle of Heligoland and the secrets of the frigate. The guided tours are included in the entrance fee.

“History made alive at Fregatten Jylland. It’s a great experience to visit [one of] the longest wooden ship in the World. Lots of exciting exhibits and various decks to explore. A must-do!” (TripAdvisor)

Especially for the younger audience

All the activities are included in the entrance fee. 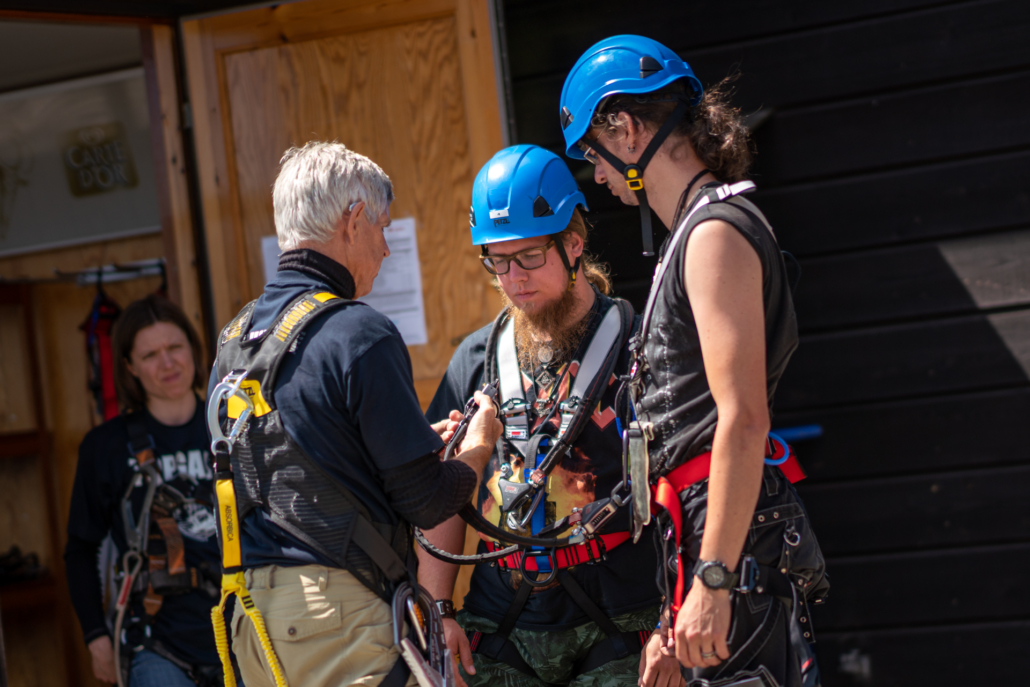 Dates to be announced

On certain days between May and September, you can climb the rig for a unique experience! 22 meters above the deck you get an amazing view of Ebeltoft and the Mols Bjerge National Park. Only in the peak season.

Dates to be announced

Go sailing in the small launch boat Robarkasse No. 1 and take in the view of the frigate Jylland and Ebeltoft from the seaside. If you like, you can even try to steer the boat and hoist the sails. We sail for 1 hour for up to 8 persons. Only in the peak season.

Bring your lunch box and enjoy it among the cannons on the gundeck, or you can enjoy a meal or a drink at the restaurant Karens Køkken right by Fregatten Jylland.